Since 2007, riding schools, jump and show riders, dog and cat owners have contacted me so that an understanding could be established, or re-established between owner and animal.

Confidence, trust and security are the roads to a good working relationship.
I have always made sure that my clients and their animals never felt out of their comfort zone. What is related to me by your animal is confidential and always a case only for you, your animal and I. 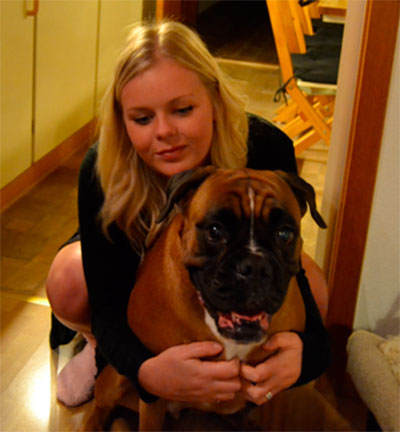 I have always thought there was something between heaven and earth, but what, I don’t know. I met Lis by accident at a market in the city of Holstebro whereby I found out that she was an “animal whisperer”, which was perfect, because my dog, Balou, had a few problems with her behavior. She was very angry when she was in our garden and especially if we had guests in the house. When Lis came and “spoke” with my dog, she was able to tell me an enormous amount about her thinking and the way she felt. Everything I was told was correct and made a lot of sense! Out of this information, Lis was able to correlate my feelings and thoughts with Balou, which made even more sense. She showed me that my previous my previous situation in life had affected my dog and influenced her behavior. After Lis’ visit, Balou is now nicer and calmer, especially around guests, she doesn’t stay in the corner of the garden anymore shaking, and when we are out walking, she has no problem with other dogs and people walking by. I was very skeptical that Lis could do what she claimed, but I have to say that she was as good as her word and I am so impressed. I have a completely different dog, I know what she’s thinking and feeling around me and my family and what she’s feeling about her dog life : ) . So I now have a relaxed and happy Boxer. And beyond that, I feel smarter! It’s amazing, I’m happy and so is my dog. 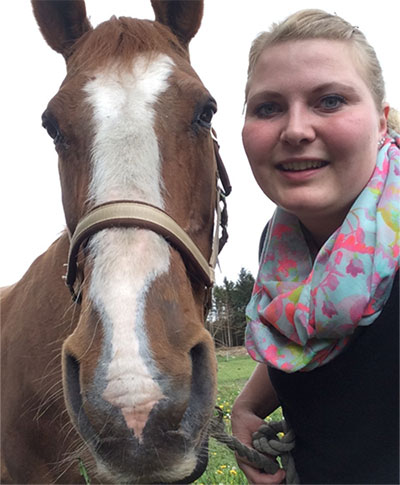 
Lis Stood with Michell and after a short time said to me that there was an irritation under the horse’s saddle, I checked and found a two-centimeter piece of straw that was rubbing into her. I removed this and Michell returned to jumping as usual.

When our daughter came into this world, it created a lot of frustration for our dog, Magnus. He felt very threatened by her presence, and over time, this became worse and worse. It got to the point where we had to divide the house with shielding and to make sure that Magnus was never in the same room. If she did crawl past any of his things, it got to the point where he would start growling at her. This created a lot of frustration in the house as normally Magnus was a very happy dog! It got to the point there we were talking of having him put to sleep as the safety of our daughter was our first priority. But then I heard about Lis and arranged to contact her. I can assure you that I was highly skeptical, but we were now at an impasse and there weren’t many possibilities left. After a very long phone conversation, we arranged a time for Lis to come and visit. It didn’t take long for Lis to distinguish that there was something wrong inside of Magnus, not just psychologically, but physically also. What Lis didn’t know, was that Magnus suffered from spondylosis which causes a problem with the spine.
This causes a problem with the nerves that can from time to time become trapped which causes extreme pain. Lis described this, without knowing of the condition and said that because of the pain, it was difficult for Magnus to tolerate to much activity around him. Lis wanted to try healing over a period of time to which I agreed. Lis visited us regularly, and over a period of time, magnus began to change his behavior. This was not from one day to the next, but small changes in everyday life became better. Lis finished her treatment and asked us to call if things didn’t continue to improve. It has now been 6 months since the end of treatment. Today Magnus is a completely different dog, he has had no problems with his spondylosis. He is no longer screened from our daughter inside the house and has no more problems being in the same room anymore with her, he also stopped growling at her since Lis’ last visit. We still pay attention when they are together, but that’s only natural, no matter what, when children and animals are together.
Lis definitely did something with Magnus, I don’t know precisely what, but there is no doubt in my mind that she helped him. Magnus is a happy dog again, and the whole family is very grateful for that. Warm wishes